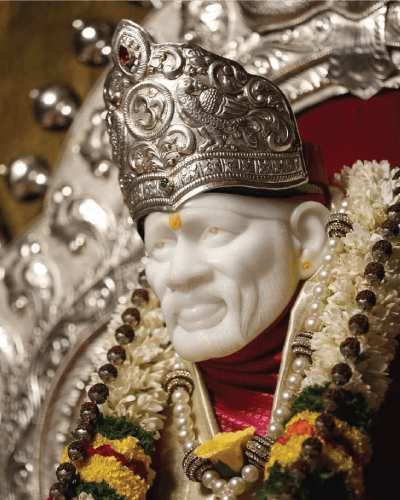 Life Of Sai Baba – Things You Need To Know

Sai Baba of Shirdi is the widely-followed spiritual saint who was born around the mid-19th century. Both Hindus and Muslims religiously follow him and practice his teachings as he abandoned the methodology of discrimination based on caste and religion. Sai spent a significant part of his life in Shirdi, serving and helping the villagers. The famous Shirdi Sai Baba temple in Maharashtra is dedicated to Sainath, who believed that (There is only one GOD who governs all)‘ (Sabka Maalik Ek).

Early years of his life

There is no precise information about the preceding years of Sai Baba’s life regarding his real identity and religion. Nonetheless, it is contended that he was born into a Brahmin family and was passed under the care of a fakir who worked for his upbringing. Sai himself didn’t follow any religion in his later years of existence.

Sai first came off as a 16-year-old in Shirdi, Maharashtra. He was entirely seen engrossed, meditating under a Neem tree. This brought in curiosity among the people of the town as his sudden appearance was quite unusual. Later on, his ethical orations on different matters enticed many of the villagers as his spirituality and virtues highly influenced them.

His ventures as an adult

Sai Baba soon left the Shirdi after three years without any acknowledgment but shortly returned.  As no one was aware of his real name, people started referring to him as ‘Sai Baba.` He used to dress in an extended knee-length cloak and a piece of cloth tied around his head like a cap due to which the villagers usually addressed him as a fakir.

He wasn’t much interactive with the natives and spent most of his time meditating under a tree. As he had no shelter to reside in, he kept wandering around the town and kept up on the alms that were usually offered by his disciples. However, he ultimately took up a ragged mosque as his dwelling. He later transferred this place into Dwarakamai.

His beliefs and principles

Sai Baba was a great spiritual master, and his teachings played a crucial role in shaping and transforming the lives of his devotees. He assured that God is everywhere, and there is nothing to be afraid of. Sai always believed that every human must practice love, peace, and forgiveness, as these will finally lead one to salvation.

The two central tenets of Sai Baba were Shraddha and Saburi. Shraddha is the belief in the almighty God, while Saburi refers to patience and determination. To reach your intended goal, both of these elements will favor your direction. Sainath made his proponents learn that God is the supreme authority, and one must have an unaltered faith on him.

Last years of his life

Sai Baba lived a simple yet meaningful life, along with serving the poor ones. He took his last breath at Dwarkamai and died on 15th October 1918 in his 80s. He never believed in worldly things, and rather than any belongings, he merely used to carry a cloth bag while begging.

Sai Baba’s samadhi at Shree Samadhi mandir is among the famous holy pilgrimages of India along with the Shirdi temple in Shirdi, Maharashtra. Every year, thousands of adherents pay a visit to Shirdi as this place still holds up a divine aura as well as lets you have a glimpse of Sai Baba’s past life.

Besides this, for a complete overview of several phases of Sai’s existence along with his teachings and principles that he always emphasized, do visit the captivating Saiteerth theme park. This first-ever amusement park is devoted to Sainath and portraits each facet of his journey through an eye-catching medley of creativity and technology. You can learn more about this theme park by visiting saiteerth.in.

NextFacts About Sai Baba One Should KnowNext

Made with in India